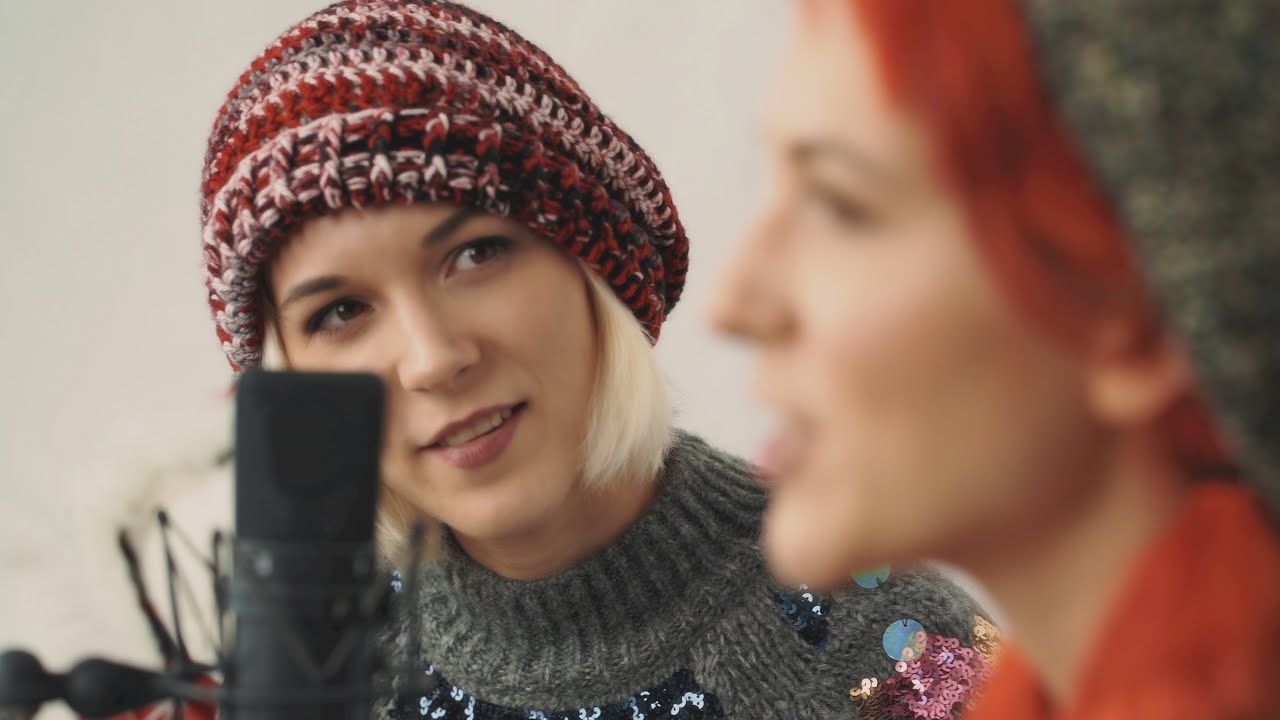 Are you beginning to feel festive? Maybe the cups of teas are getting more frequent, the cinnamon candles are replacing the tropical smells, and you're sneaking in the first Christmas deco pieces?

Here's a video to suit the mood 🙂

"Snow Falls Softly At Night" (originally titled "Leise Rieselt Der Schnee") is a German traditional song that you can find on our CHRISTMAS album we have released less than two weeks ago.

It's the only song on the album that includes some lyrics in our mother tongue, so if you were ever curious what we sound like in German, now you know: 🙂

Don't worry, we switch to English halfway through!

We hope you enjoy and as always, stay groovy!
Mona & Lisa

Lol… After today’s nasty Winter Weather Mixed Bag of Freezing Rain/sleet/ice pellets then wet snow and tonight on way home after getting off bus and walking homewards… Snow Falling Softly At Night… Literally, and so, this song came into my head and I softly sang it homewards… Lol… Perfect timing, and “All I Want Christmas To Be” complimented that quite nicely in my head as I went along?❄️???‍♀️?‍♂️??

Whether from home or not music is the tie that binds. It doesn’t matter the laugage. Love the song, luv what you two do.?

Your Austrian accents are just so adorable! And I think you both just are totally radiant in appearance and voice. Beautiful Christmas tribute only possible from Mona and Lisa. You are am Schonsten und ausgezeichnet!

Cool. I can’t recall seeing you play harmonics before on the guitar.
Does that represent Christmas bells maybe?

Loved the song so very much and the video was great! Oh, and I want that sparkly sweater!!!?

Simply beautiful…..I always have loved the original video from your younger days and it is so nice to have this new version on the Christmas album. It literally gives the musical affect of snow falling! I had never heard the song before the original video but it is really beautiful and a new Christmas classic in the Brown household 🙂

When I first saw the video of this you did 9 years ago, it really stood out as a charming little gem with a wonderful countryish/folk sound, and this polished up studio version now many years later is absolutely beautiful. Love it. Your singing in German is delightful to hear.

Such a simple but charming heartwarming song, German and English intertwined perfectly and since you’ve done sucha beautiful acoustic version and lovely video to embrace the gem of this song, it enchants all who listen and watch, Thankyou, Wunderbar?☮️