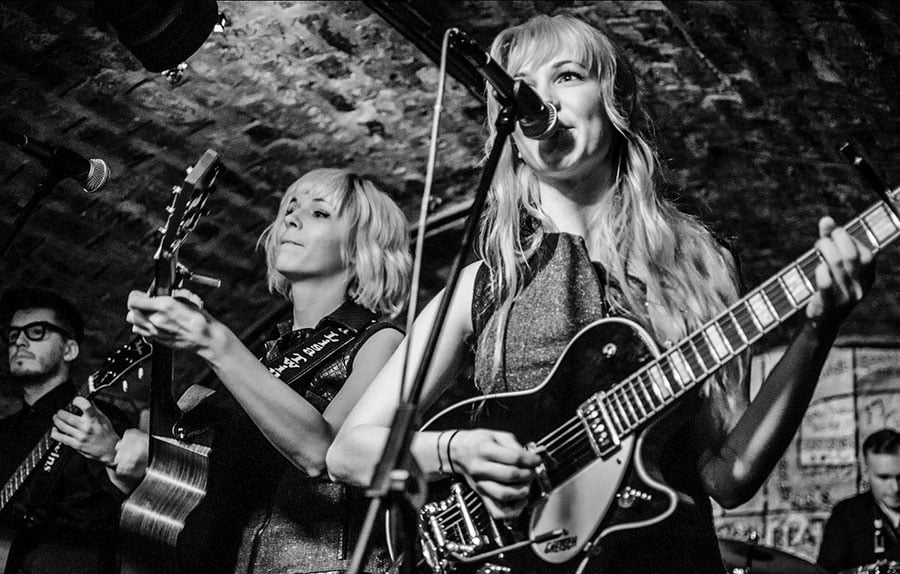 In the wake of International Beatle Week 2014

For those who don’t know, International Beatle Week is the world’s largest annual Beatles related event, with 20 – 40 bands and about 50,000 fans from over 40 countries coming to Liverpool every year. We visited the spectacle in 2009, when we were 15 and weren’t even allowed in the clubs. Instead we were busking right in front of the Cavern Club and since then followed our dream to one day play inside.

That became true for the first time last May, when we played there during the “International Pop Overthrow Festival“. We applied for International Beatle Week 2014 as well, and as soon as we settled in Liverpool, as a result of being on Billy Butler’s Saturday Morning Show on BBC Radio Merseyside every week, we got squeezed in to play 12 shows, although band booking was long finished.

So we had the time of our lives in the Cavern Club, Cavern Pub and other festival locations, and people were talking about the “MonaLisa Twins Buzz” going on in Liverpool. Certainly, newspaper articles like the one in Liverpool Echo don’t hurt either: “Mona Lisa Twins take the music world by storm”. Because of our constant presence and our performances during that week many new opportunities arose, and word got out about the MonaLisa Twins.  As an example the organisers of Finish Beatles Festivals invited us to play shows at their own Beatles Fests in March and July 2015, and more requests from all over the world are pouring in.

Our new residency at the world-famous Cavern Club

Another great outcome of Beatle Week is that we not only played a few gigs there during the festival itself but that the Cavern directors offered us a weekly residency spot, and that’s why we are rocking the main stage there every Saturday from 7 – 8 pm and from 9 – 10 pm with two different sets. So if you’re around or plan a trip to Liverpool, be sure to come down and see us!

So to use our own words: No, we can’t complain, Nothing is in vain … 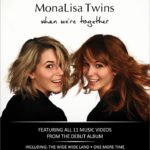 “When We’re Together” DVD

With the “When We’re Together” DVD production we are very happy to finally have brought an enormous project to an end, and we are equally excited to be able to start new things now.

Your continued interest and support is amazing and so much appreciated, thank you!

The journey goes on, so great to have you on board!