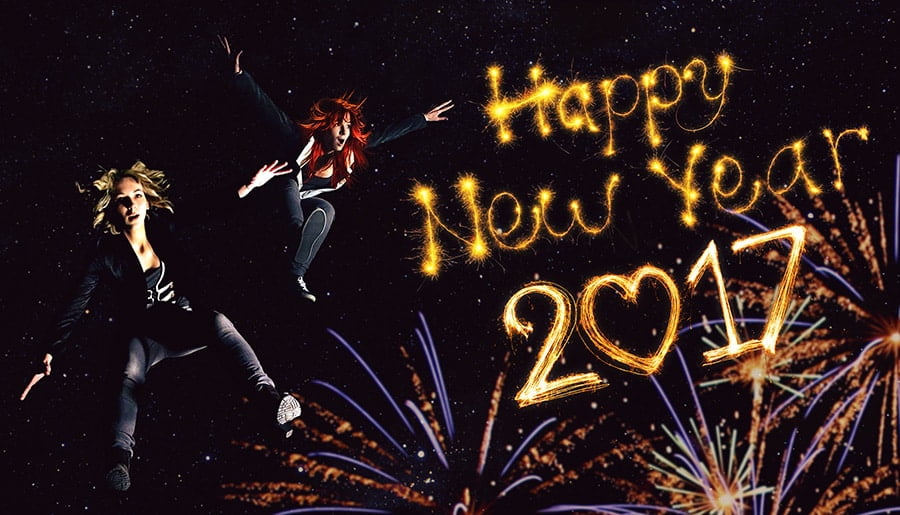 Here we are: Happy New Year 2017! The last day of 2016 is finally upon us and boy, what a crazy year it was! It seems that for many of us this won’t be one fondly remembered. 2016 brought with it some devastating world events and the terribly sad losses for the world of music and entertainment. However we do want to go over and cherish all the good things that happened this year in the MLT universe! Which were for the most part made possible because of you guys!

We started off the year by doing something that we haven’t done in over 5 years – we took two weeks off to travel to a distant place on the Canary Islands to finish writing for our next album. There we came up with 11 songs which we’ve since polished and recorded (for the most part).

We have to admit, we originally wanted to get our new album out this year. But as life sometimes goes, 2017 will have to become the year of new music. That makes us look forward to it all the more (and gosh, are we excited about the release!).

In April we had the chance to play at the Mick Ronson Memorial Charity Concert. We also got to record at the Abbey Road Studios for a project with Steve Harley. It was, to put it simply: amazing, exciting, inspiring and slightly surreal.

We set up a completely new online/e-mail/communication system which allows us to stay in touch with you all in a much more direct way. Our mailing list (YOU!) is now 8 times as big as it was in June! By that we got to meet SO many new people and fans. Working on stuff like that unfortunately eats up a lot of time “behind the scenes” but it’s totally worth it as it will allow us to keep you posted on all things MLT much better and faster in the future!

We’ve been part of this year’s International Beatle week festival in August again which was as much fun as ever. It’s an honour to say that we’ve played our 100th show at the most famous club in the world, the Cavern Club on Mathew Street, Liverpool, and finally finished our great two-year-residency there with a big bang. We cleared our calendars and made one thing the new top priority: creating new original music and setting up a good system to become more efficient with future releases.

We played some truly memorable shows, were on radio shows all over the world. Then we also met some very special people from everywhere on this globe and worked with some of our musical heroes. And we learned and expanded our creative and technical skills, adopted a healthier lifestyle (goodbye McDonald’s, it was nice hanging out with you but it couldn’t go on like this) and formed new friendships and made memories for life.

As always, there is no year without its ups and downs and while overall this hasn’t been the smoothest of years. It was another 12 months that were filled with countless magical, joyful, touching and inspiring moments that have taught us an awful lot again.

2017 will be the year of new music, and we thank you all for sticking around and your ongoing support. We hope we can give you back all the joy that you guys bring to us each and every day by sending messages/letters/parcels, by enjoying/playing/covering our music and spreading the word.

Let us know your personal highlights and let’s celebrate a Happy New Year 2017 together!