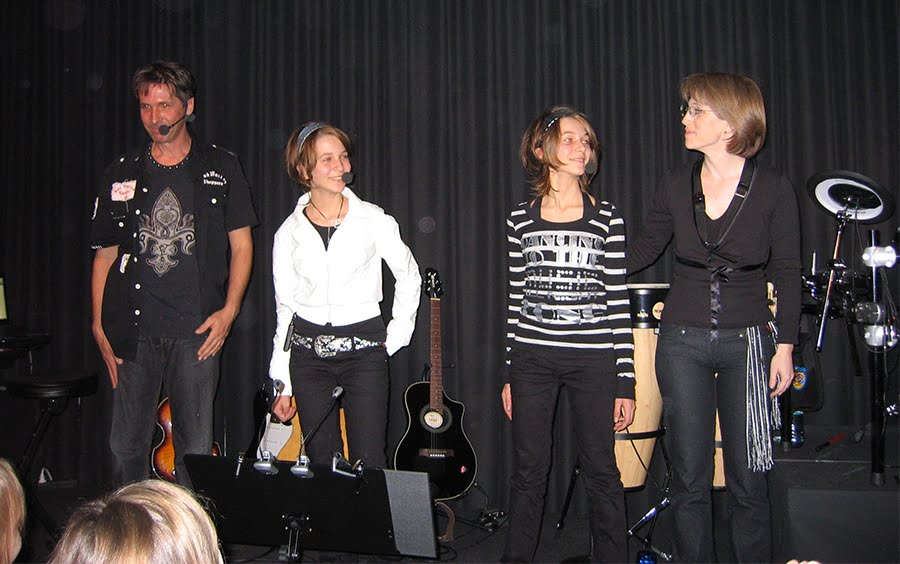 We did it! Last week we had our two first live concerts and it was great!

The last months we had been practicing so much and it was definitely worth it. We had two shows, one on the 29th September and a second one the 5th of October. All in all there were about 150 people coming! For us that is just unbelievable.

We now know that we really want to do music for a living later. It’s just so much fun to play live and to see that people like it.
We played 24 songs from all kinds of bands and all kinds of eras starting with The Beatles and The Troggs right through to Deep Purple, James Blunt, and Falco. Looking back to it now we really learned a lot during the last months. The fact that we covered many various songs made us learn a lot of different techniques and styles on both the guitar and the drums. Mona even played the keyboards in one of the songs!

We recorded the two concerts and hopefully will be able to have our first Live-CD done by the end of this year. We got a lot of pre-orders already so we will try to release the CD as soon as possible so you guys can also buy it on the website.
We want to thank everyone for coming and we hope to see you and even more at our next concerts.
Peace and Love to all of you,
Mona & Lisa