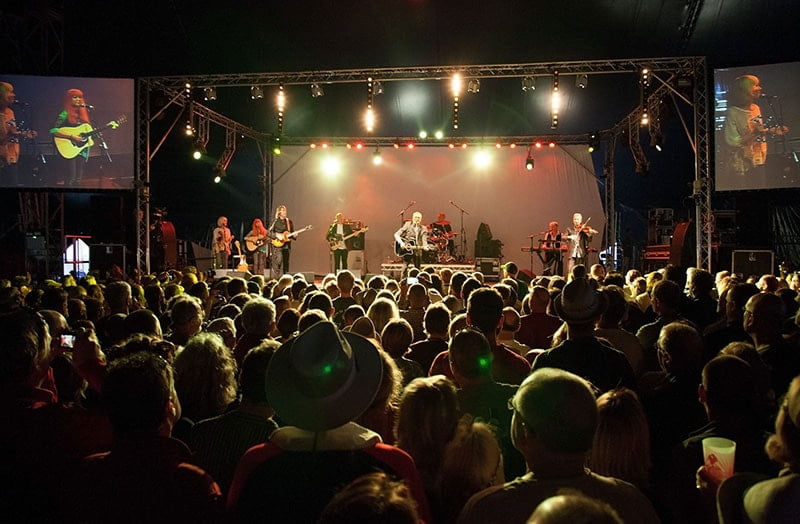 Wickham Festival attracted around 10 000 people that Saturday to gather in a beautiful scenery of hills and fields with tangerine trees and marmalade skies in the very South of England. They had a colorful mixture of festival clothes shops, fairy painting for kids, fortune tellers and delicious food stalls (including original German sausages – wunderbar!) surrounding the three stages.

With the sun setting in the sky the festival visitors assembled in and around the big main tent to see the headliners of the night, “Steve Harley & Cockney Rebel” and “10cc“. To say the atmosphere was excellent would be an understatement – the crowds were bopping and chanting along like a well-rehearsed massive choir, and we experienced another wonderful show on stage with Steve and his great band.

We are greatly looking forward to playing the tour in November, and right after Beatle Week we’ll go back to Cockney Rebel songs and intense rehearsing. We hope to see you at one of his shows. Here’s the tour schedule as a reminder.

And here’s a photo with the man who commented on our Bus Stop Video:

“I love the MonaLisa Twins’ version of ‘Bus Stop’. It sounds so fresh and the video is great.
These girls will go far.”
Graham Gouldman of 10cc, who wrote the Hollies’ song “Bus Stop”

That’s a great honor, and even more so that he was up for a little chat and taking a picture with us in his dressing room after their fulminant show was over. 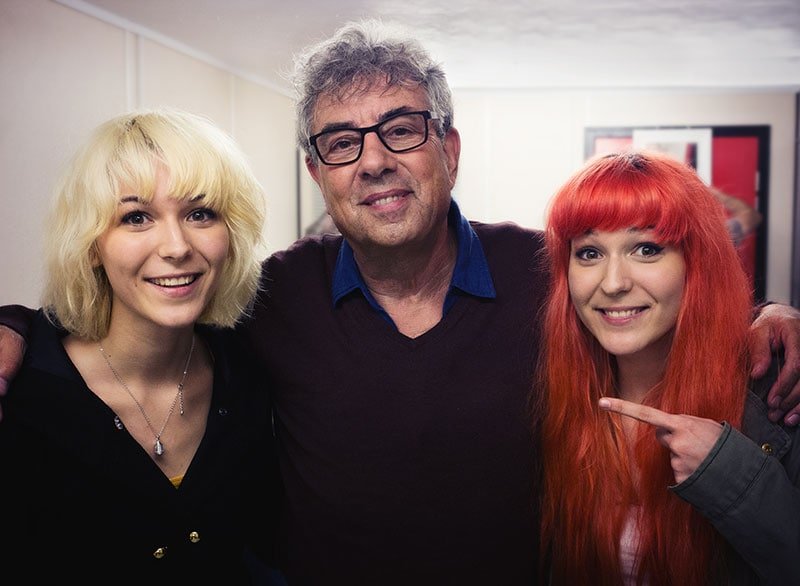