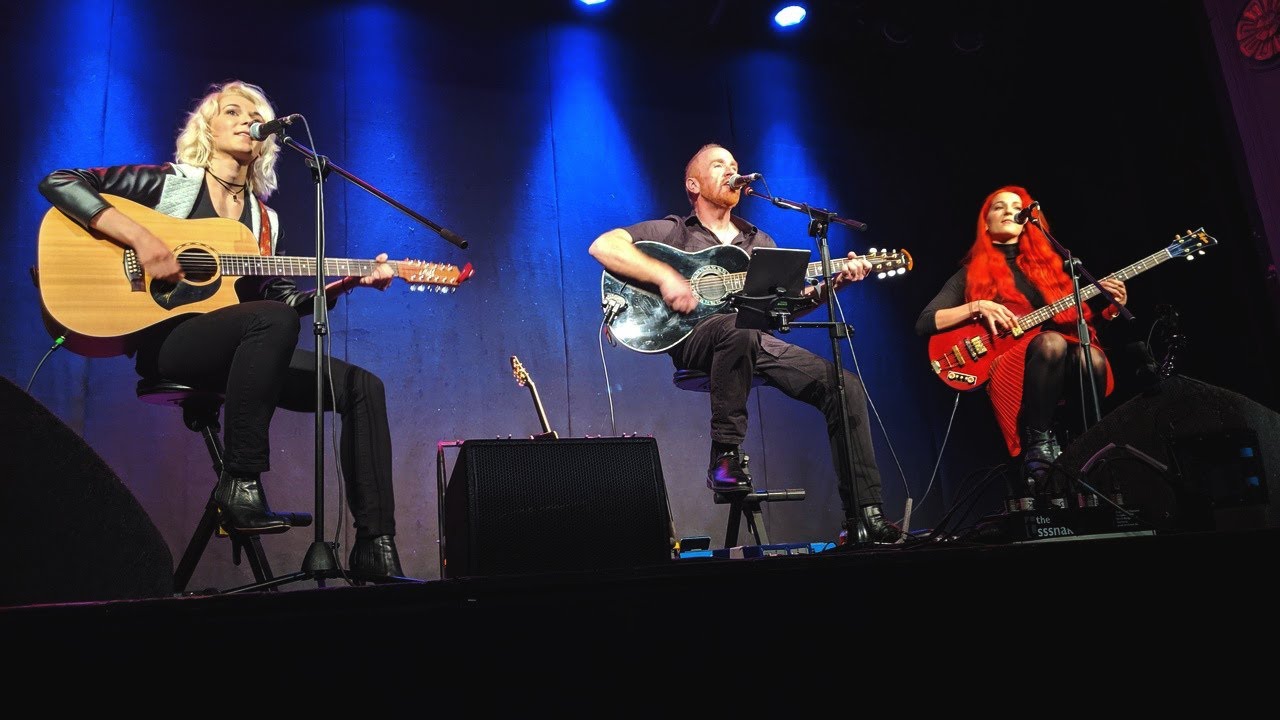 US artist Mike Massé invited us to his show in Liverpool ...

When Mike Massé was announcing his UK tour, one of our mutual fans suggested he got in touch with us. Well, he shot us a message and long story short, last week we joined Mike at his show at the Epstein Theatre in Liverpool to play a few songs together!

One of them was Mike's biggest YouTube cover hit - an acoustic version of "Africa" by Toto. Initially, we only planned on uploading this to the MLT Club but Club members, as well as Mike, asked us to share it with the whole of YouTube, too. So here we go, we're looking forward to hearing your thoughts in the comments 🙂

While Mike was over in England we also filmed and recorded a video together in our studio. Yep, you guessed right ... it'll be another Beatles Cover! 😀

It will be released on the 6th of June, so mark your calendars! MLT Club members will get Early Access to it tomorrow, the 31st of May.

Besides that, the release date for our next original video will be announced very soon!

We hope you'll enjoy the video and love to hear back from you on YouTube or any other social media platforms. Of course, you can also always leave a comment underneath this post!

Harmonizing like that makes me feel like I’m in Heaven. One of the few things that brings tears of joy.
Thank you for sharing your gift.

Girls magical as ever, he was no slouch either was he superb version well done all

You girls do a killer job on everything you do. Harmonies on both songs with Mike were fantastic not to mention the guitar and bass parts. You two are simply amazing. Much love for continued success.

Love everything you do!

Amazing singing; melody and harmony, unreal. Also, no drums and yet it didn’t matter

Two rhythm guitars and a bass you can’t hear is not the best way to highlight these talented ladies. Wspecially when one of them plays a great lead. He should accompany them, not the other way around.

One of the finest and smoothest harmonies ever. The twins voices blended almost magically with Mike’s. Lisa’s bass part was superb and mesmirizing. Mona’s vocals were clean and smooth. Too bad you can’t get license and release that version – “Africa Unplugged”. I love that song – always have – but you took it to a whole new level that i believe surpasses the original. Pure, unaltered, unmolested music