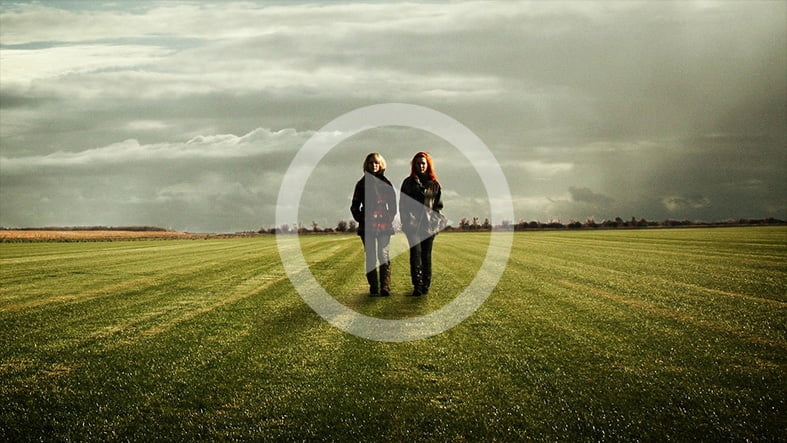 “The Wide, Wide Land” is another original song of our debut album “When We’re Together” which we released in spring 2012. Though it wasn’t even meant to be on the album in the first place it became many people’s favorite. That’s why we chose to make a video for it right after “This Boy Is Mine“. Sometimes life just seems to write its own stories.

Songwriting for the album was actually finished and recording work was scheduled to start when our grandmother happened to pass away right at that time in July 2011. She had been suffering from Alzheimer’s disease for years and was not able to relate to our world anymore. In the end she didn’t know who anybody or anything was,. She lost her speech and the ability to hold a thought. But she would always laugh and smile and, as long as she could, dance and sing. Even if she forgot the words she would still hum the melody. This was so inspiring and so we thought the most beautiful thing we could do for her was to write her a song.

It was clear from the beginning that her tune could only have one name. She used to take long walks across the planes of her hometown. Every single time she would stop for a moment, look over the country and meaningfully quote Arthur Schnitzler’s tragicomedy “The wide land”. And so it went on the album as the 11th song.

We miss our granny a lot and working on the video has brought back some very strong and sweet memories. We hope she likes the song – wherever she is now!