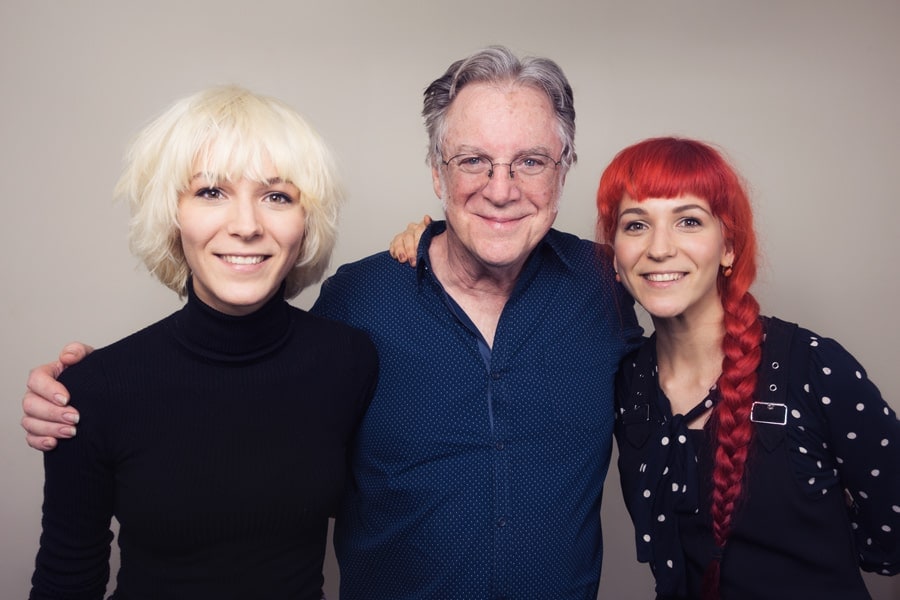 Do you believe in magic?

Yesterday we took a trip to the airport. … Not to go anywhere but to pick up a very special person. Yeah, you’ve guessed it!
Woodstock legend John Sebastian is currently visiting us in the UK, walking the same grounds as our humble selves! If his name doesn’t sound familiar to you right away, then his music most certainly will. He’s had countless hits with his band The Lovin’ Spoonful as well as during his remarkable solo career. We are beyond proud and excited to have had him play on our new album ORANGE (out in 5 days!!!). 😉

While working out the concrete concept for our new video some weeks ago we kept coming back to the thought that we really could not NOT have John Sebastian starring in our official video. So we sent him this message titled CRAZY IDEA, asking him if he were up to coming over to England, and back came: “D’ya think they’ll let my Klon Centaur pedal through customs?”
Three weeks later the gates of Manchester airport swung open and the man himself stepped out, ready to spend some fun days of video filming, recording work and even a radio show with us.
Jealous, are you?
Well, we‘re kind enough to share him with you. The official music video for our new single “Waiting For The Waiter” is in the works, and while you’re reading this we are most likely on set, shooting the final scenes … Some editing to present him in the proper light … and then he’s yours, too!But before that, tune in to BBC Radio Manchester tomorrow, 25th of September at 10 am GMT (convert to your timezone here) to hear us and John talk to Mike Sweeney on his radio show. Just click on this streaming link. BBC recently made it mandatory to have an account in order to listen live, so you might want to set that up already. We will announce the exact time that we will be on air on our social media pages and will post (photo) updates on our Instagram and Twitter over the next few days, so feel free to follow us there!

Pre-Orders are on their way!

By the way, all pre-orders have now been handed over to Mr. Postman, so keep an ear out for your doorbell ringing next week! Of course, you can still pre-order until the release date (the 29th of September) to get your CD/Vinyl signed.In the meantime, get yourself in the mood with the “Waiting For The Waiter” lyrics video: https://www.youtube.com/watch?v=5YDstMS0Vgw