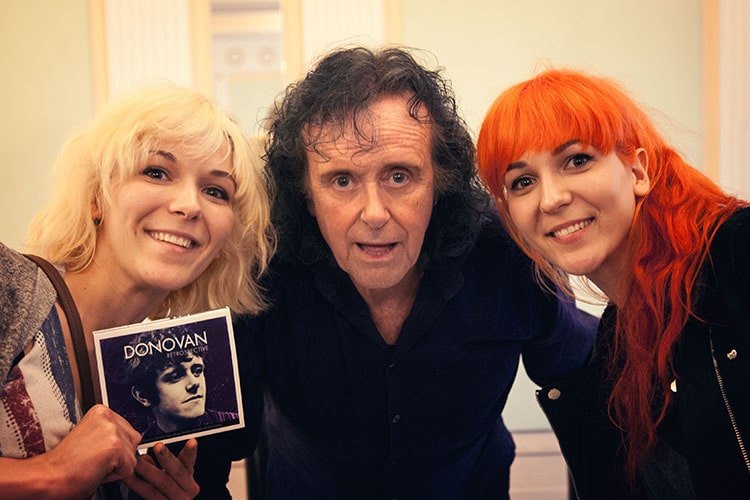 Here is a photo of us and Donovan who we met at the International Beatles Week 2015 Convention last Sunday, where he gave a really interesting talk about his relationship and experiences with John, Paul, George and Ringo. Donovan’s music has been a part of our lives ever since we can remember, and his album “Fairytale” is one of our all-time favourites! We had a chance to give him our album “When We’re Together” as well, and we were amazed to get an e-mail from him on the very next day, saying

“I like your approach to your music! And your own songs on your CD ‘When we’re Together’, especially track #1 ‘When We’re Together’ and track #5 ‘Dreams’.”
Donovan

We’ve just finished another great Beatle Week. As you know we haven’t been on the official program and promotion this year but our shows still were packed and the atmosphere was wonderful at every gig. We are truly blessed to have such a dedicated following, and it was good to see so many people coming to watch us regardless of where we played. 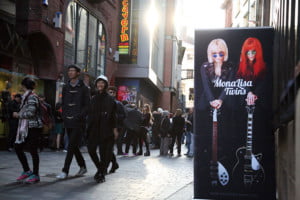 It was a pleasure for us to meet so many old and new fans and friends, some of whom we have met along our way many years ago and who have came from near and far to see us again (as well as many other bands, of course, who played around town during the festival). As always during Beatle Week there was this love and excitement in the air that no 1000 X-factor seasons could ever create. It’s the magic and inspiration that the Beatles and all the other great 60s artist have spread around the world during and since that special period in time.

Now it’s back to writing new songs, making more videos and preparing for the November tour with Steve Harley & Cockney Rebel, where we’ll see many of you again.