Home Filming for “One More Time” – it was a long day!

Filming for “One More Time” – it was a long day! 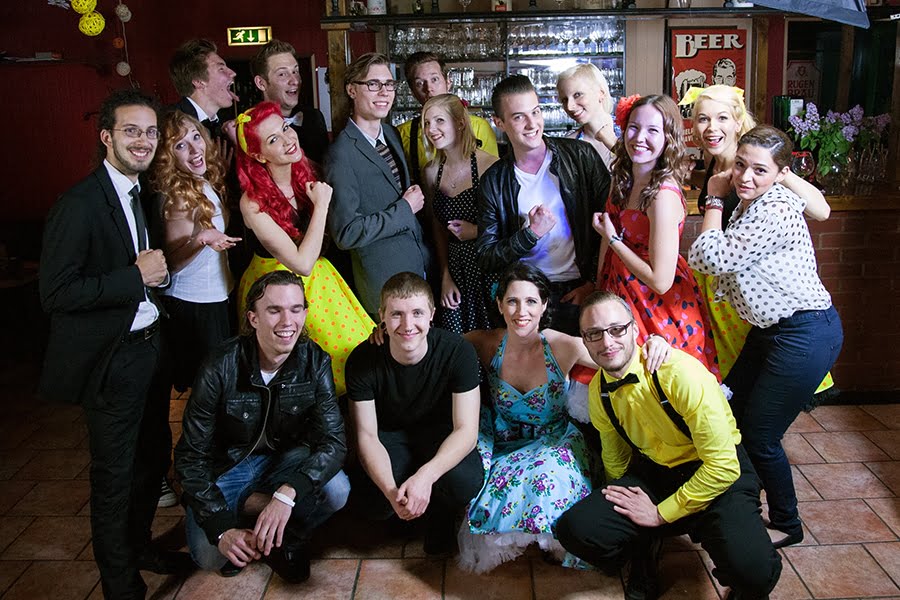 Today it was Mothers’ Day.

So that at least some mothers could get a rest from their children for a while we scheduled the filming for “One More Time”, our next music video for today :). There were up to 40 people on the set who seemed to have lots of fun. Probably because we put them in 50ies outfits and pasted loads of pomade on their hair. Putting plenty of red on their lips and playing them the same song a 100 times surely helped too. But maybe they were just happy to survive all the stunts and the hours of dancing and standing. 😉 However, at the end there was still enough energy left to take lots of fun group photos.

The time schedule was a tough one and we thank the dancers, the band, the (background) actors and of course the camera crew for their full mental and physical dedication so that we could do the lion’s share of the shooting on that very day.

We’ll announce the release date as soon as it’s set and will do our very best to present you the video soon!
Mona & Lisa