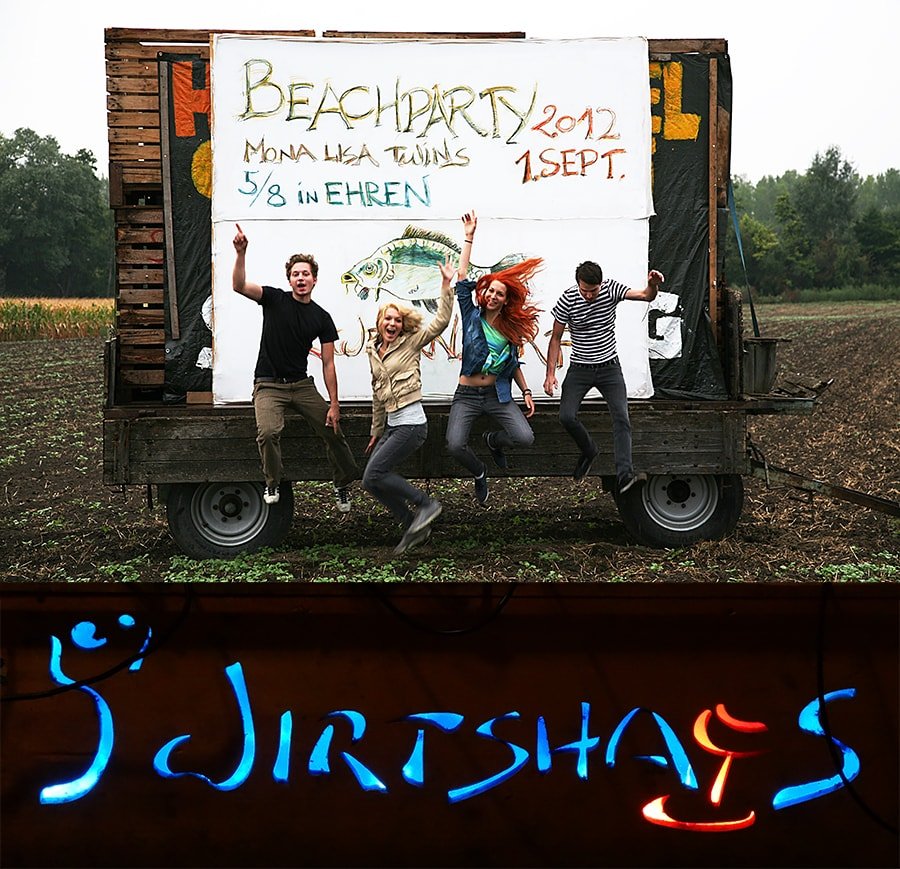 “A beachparty in September?” you will ask.

Yeah, for Austrian weather conditions this is rather unusual but unusual things are quite common at Pepi Helm’s “3er Wirtshaus” at the Zwerndorf lakes. And his guests love him for that!
The “3er Wirtshaus” is the last of formerly 3 inns at Zwerndorf village and it has kept its rustic-romantic character. The host personally is cooking yummy meals, for special events he lightens up the idyllic garden with “tree candles” and inside as well as on the outdoor open air stage one can watch the finest music acts throughout the year. It is hard to believe but the “3er Wirtshaus” at the Austrian-Slovakian border is well-known internationally because of its world-class musicians that got to play there over the decades!

Unfortunately there has been rainy weather the days before, so not everyone was in beachtparty-mode. Some non-visitors obviously “relocated” their beach to their living rooms. Bad luck! For the sky cleared up that very evening and in- and outside people were having a great time with cool drinks and hot music.
A band that had won the Austrian Amadeus Music Award 2012 in the Jazz/World/Blues category played before us and afterwards we “backbeated” with a largely expanded repertoire that the walls were trembling :).

Many thanks to all who danced, sang and clapped along! You were great!